Before the NBA offseason of 2010, the summer months has always been ho-hum.  There has been some moves from stars here and there but nothing quite as big as the many players switching teams during 2010 summer.  Since then, watching the tea leaves of players on Twitter or Instagram have been a NBA fan’s pastime.  As we wait for the offseason to officially begin on July 1st, we take a look at the top five potential free agents ranked by significance.

Significance: I wrote a story on Cousin’s presence in New Orleans earlier this year that discusses the current situation.  Due to Anthony Davis, the Pelicans have leverage over Cousins in contract negotiating which makes Cousins expendable. Cousins is one of the top 5 centers in the league, averaging 25.2 PPG before his injury. He will make a solid number two for a team looking to ascend.  But unfortunately, that won’t be with the Pelicans.  If both sides decide to extend the Cousins experiment, I see the Pelicans using him as a trade asset in the future for players to complement Davis.  Another option for him is to go to a younger team seeking to strengthen their front court.  But if his stay with the Kings tell us anything, it’s that he’s done playing for rebuilding franchises.  Additionally, New Orleans can offer him the most money.  These reasons are why I believe DeMarcus will end up re-upping with the Pelicans. 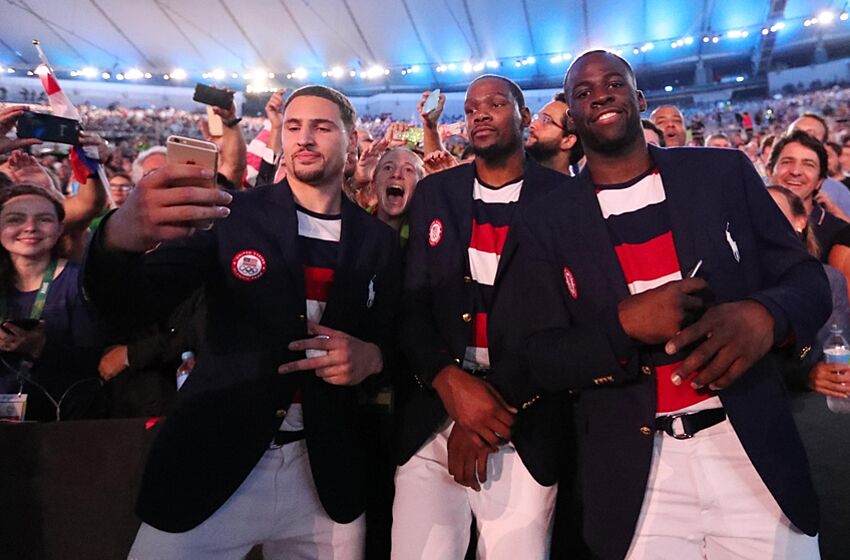 Significance: Kevin Durant is number four not because we don’t think he’s one of the elite players in the league, but because everyone knows he will resign with the Golden State Warriors during the NBA offseason.  Hell, Warriors GM Bob Myers already stated he will give him any deal he wants.  The only question is what would be the contract duration and for how much? Things get a little bit more interesting if you look ahead to the next NBA offseasons for the Warriors. Klay Thompson becomes a free agent next year and will likely looking to cash in.  Draymond Green becomes a free agency in the 2020 NBA offseason and will be seeking a big pay day.  Depending if the Warriors backup the truck for Durant, the well may be dried up for the other players that make up the GSW core.

Chris Paul in the zone – Courtesy of Sports.yahoo.com

Significance:  One fourth of the banana boat boys, Chris Paul is linked to LeBron James because they’re good friends.  However, with Paul making the conference finals for the first time in his career, I cannot see him leaving the team to start somewhere anew. This is why I see him staying put with the Houston Rockets and building upon what they have going.  Remember, the Rockets were one game away from the NBA Finals, what would of happened if Chris Paul played game seven?

Significance: After a brief appearance with the Oklahoma City Thunder, George will be exercising his player option to take his talents to Hollywood during the NBA offseason.  George has been linked to the Lakers for years and is finally in the position to act. OKC does have a chance to keep him since they can offer him the most and Russell Westbrook is a nice running mate to play with.  However in the end, the shinning lights of Los Angeles will win  out and PG13 will be the newest premier player of the Lakers. What makes this interesting however is not Paul George in itself, but the potential it comes with.  LeBron James is also rumored to be considering LA his next home, which we will discuss next.

LeBron James flexing for the camera – courtesy of Hoopshype.com

Significance:  After a season where LeBron James carried the Cavs to the NBA Finals, James will be departing Ohio.  What’s interested is that James still has a player option he can use to stay with the team.  Not because he enjoys carrying the Cavs by himself, but because he may feel there aren’t any great alternatives out there.  He could give teams an extra year to make a case why he should sign with them.  That way the franchises can clear up cap space, trade for superior role players, or make any change they feel will entice James to sign.  LeBron James has been linked to the Cavaliers, Lakers, Heat, Warriors (not likely), Rockets, Sixers and the Celtics.  Whichever team James decides to sign with will automatically become contenders.

However, if Paul George goes to the Lakers, LeBron will already have a great running mate to play with.  Not only did Paul George average 21.9 PPG (beside Westbrook mind you) but he is only 28 so is just entering his prime.  LeBron already has a house in Los Angeles so getting accustomed to the city will be easier on the family.  Additionally, LA is ranked second largest media market in the USA, so LeBron’s exposure will be at an all time high which his investments and acting career will reap benefits from.